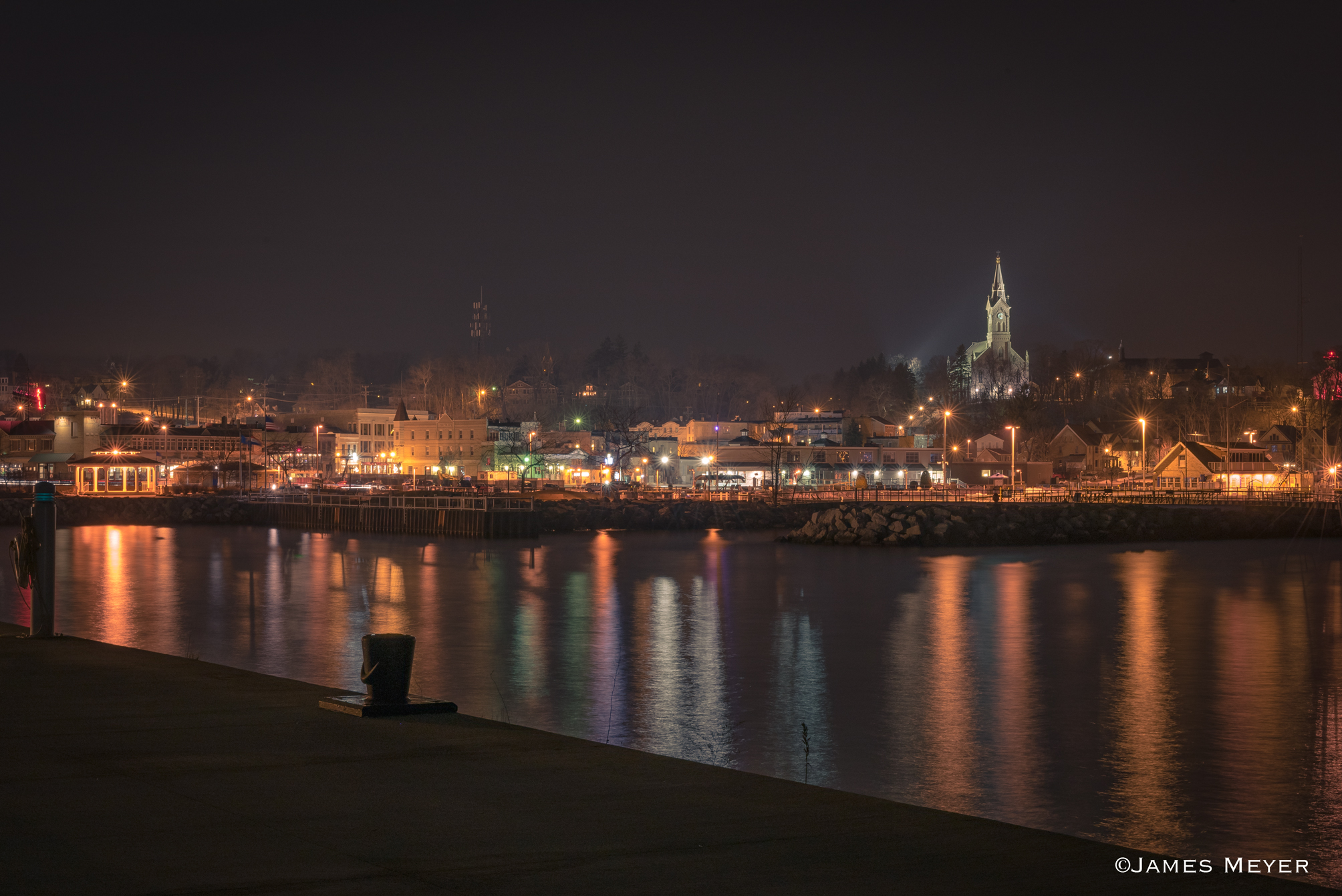 It was a warm(ish) early February night, one that cannot be spent inside doing nothing, so out I went outside looking to take some photos. I headed to Coal Dock Park, in my hometown Port Washington. The wind was calm. The waves were gently rolling,  Geese were honking and the occasional fish slapped the calm surface of Lake Michigan.  Coal Dock Park is a relatively new park which projects from the shoreline into Lake Michigan.  Trees are young and this allows a clear 180 degree view.  Looking north you cannot see Sheboygan which is about 25 miles away but when you look to the south you can see the Milwaukee skyline which is a similar 25 miles away.

Coal Dock Park used to be a coal dock. When the power plant converted to natural gas, coal was no longer used and a very large section of land right on Lake Michigan was converted into a park, Coal Dock Park.  From out at the edge of Coal Dock Park you reach the outermost limits of the protected marina. It’s quite the view looking back in at the city, especially during sunset and after dark when the light fills the city and sets her all aglow.

The Port Washington marina is important in that it’s the only marina between Sheboygan and Milwaukee.  Should there be an emergency in the vast waters of Lake Michigan there is an emergency boat at the ready in the harbor.

This next photo features the WE Energies powerplant, which appears in the background with the four large smoke stacks.  In the foreground stands a gazebo, which is a memorial to two local young men that died in separate drowning accidents a few years ago, one on North Beach and one on South Beach. 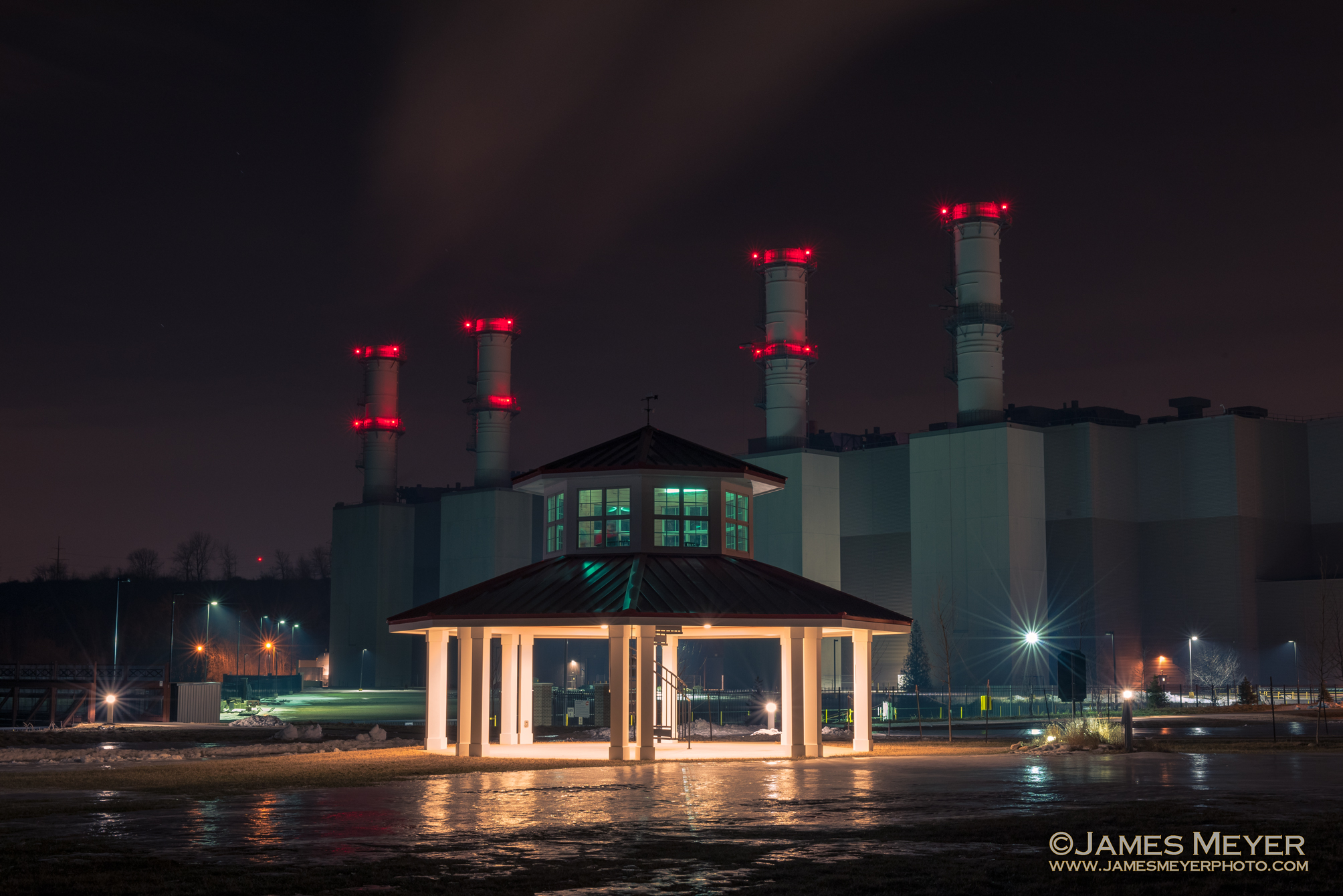