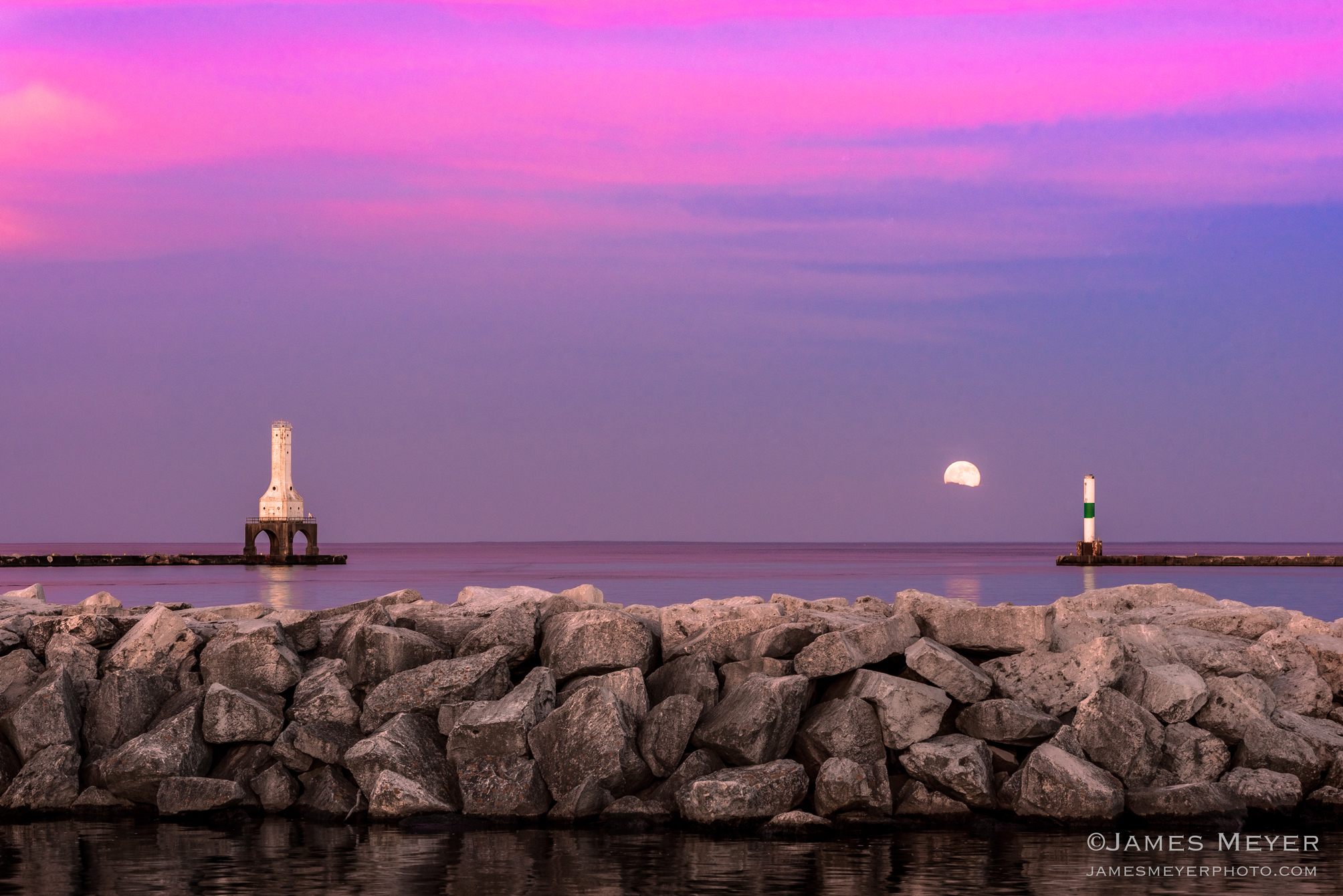 The 2016 June full moon, also knows as the Strawberry Moon occurred on June 20th which was also the summer solstice, the longest day of the year.

Moon rise was 8:37pm with sunset occurring right about the same time, at 8:36pm

I choose to photograph the moonrise from the familiar surroundings of the Port Washington Marina.  Based upon the relative location of the moonrise and it’s proximity to the iconic art deco lighthouse, I knew I could get both subjects comfortably in the same shot, maybe a few shots.

Several photographers started taking their places along the waters edge as the sun began it’s decent and darkness crept in.  Several times, I turned and looked back to the west, the dramatic sunset, and the outlines of the downtown Port Washington skyline.  I wanted to get a few shots of the sunset, however, from where I was set up, the composition was not right and I didn’t want to leave the position I staked out for fear some other photographer or passerby would take it.

Anyways, here are some shots before moonrise and of the strawberry moon itself as it took it’s place in the sky illuminating Lake Michigan and the Port Washington harbor. 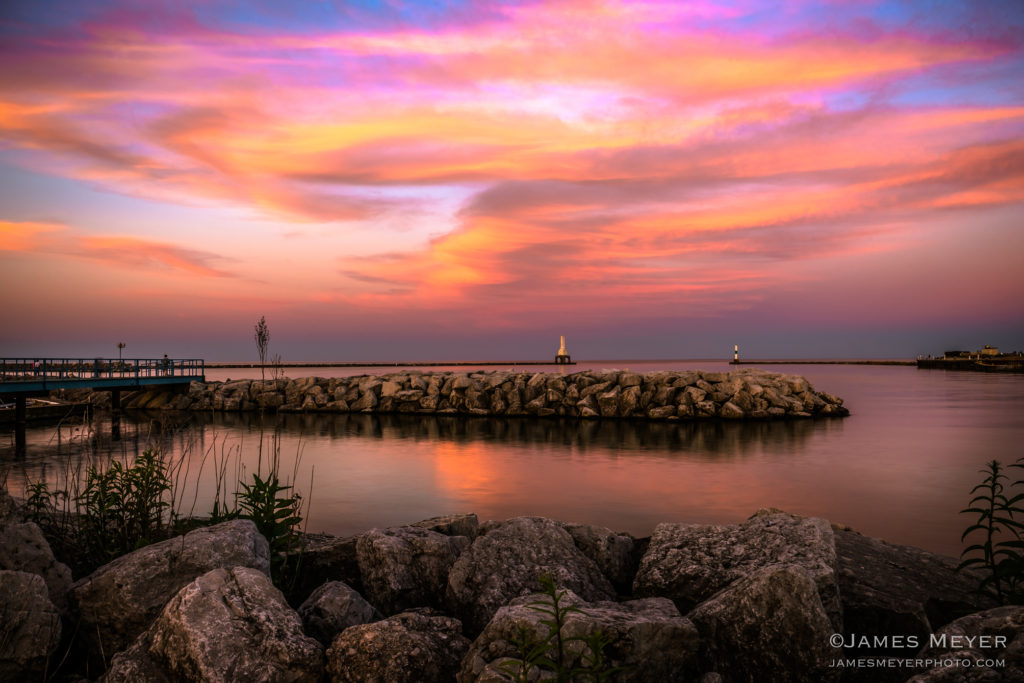 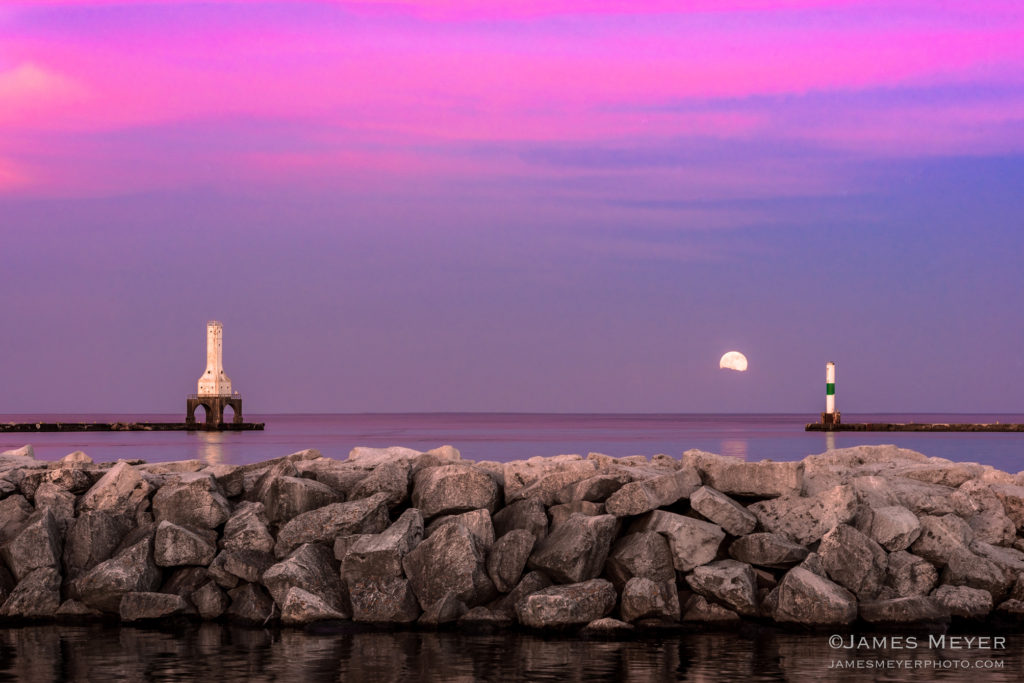 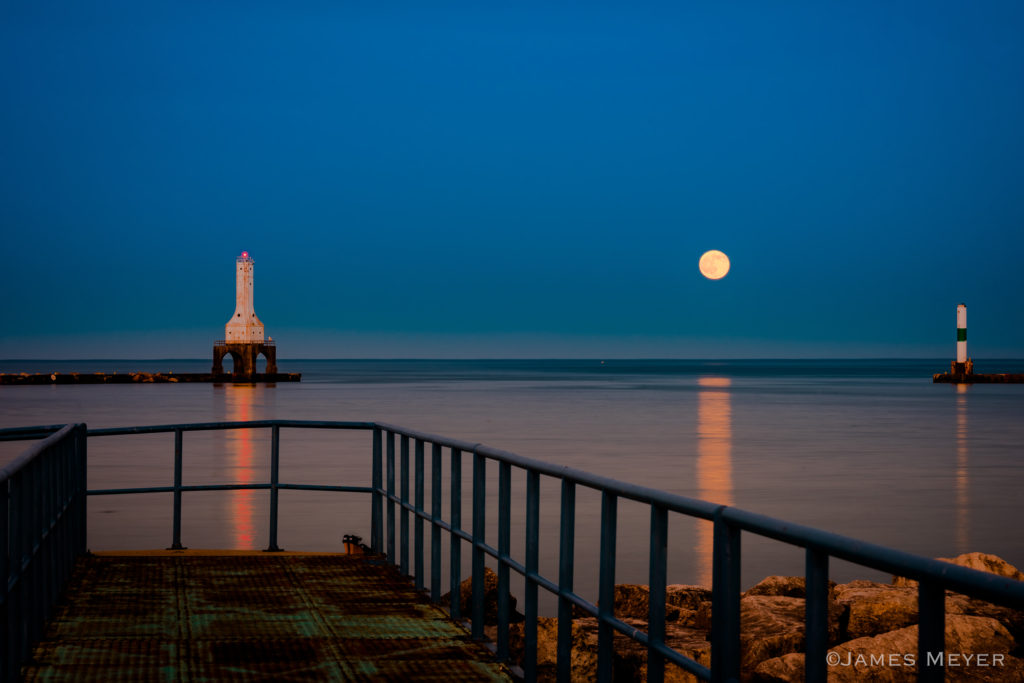 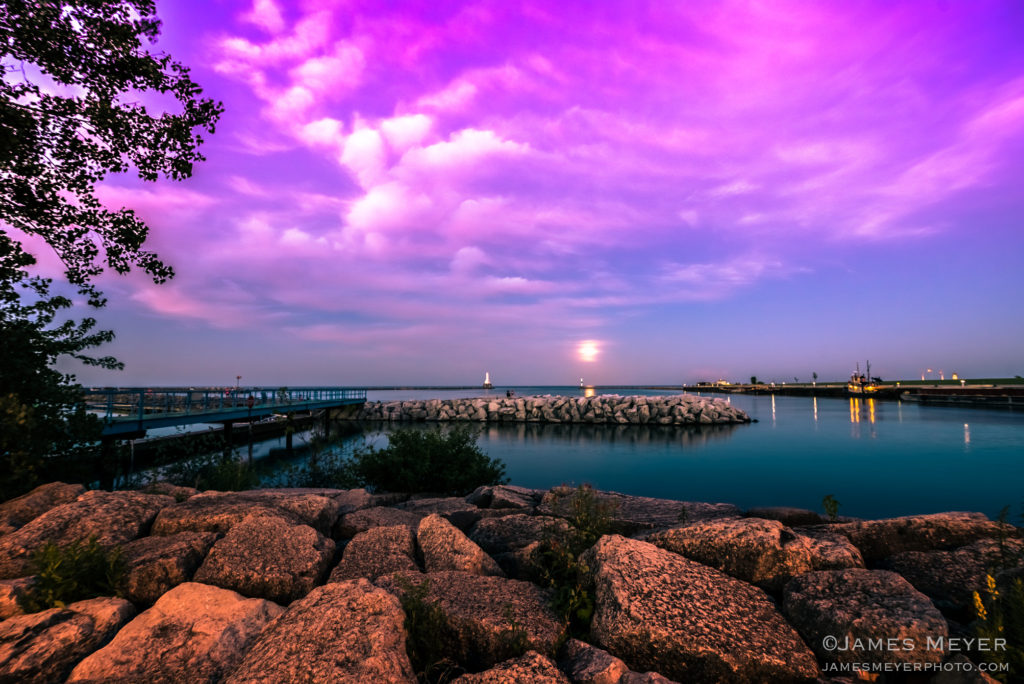