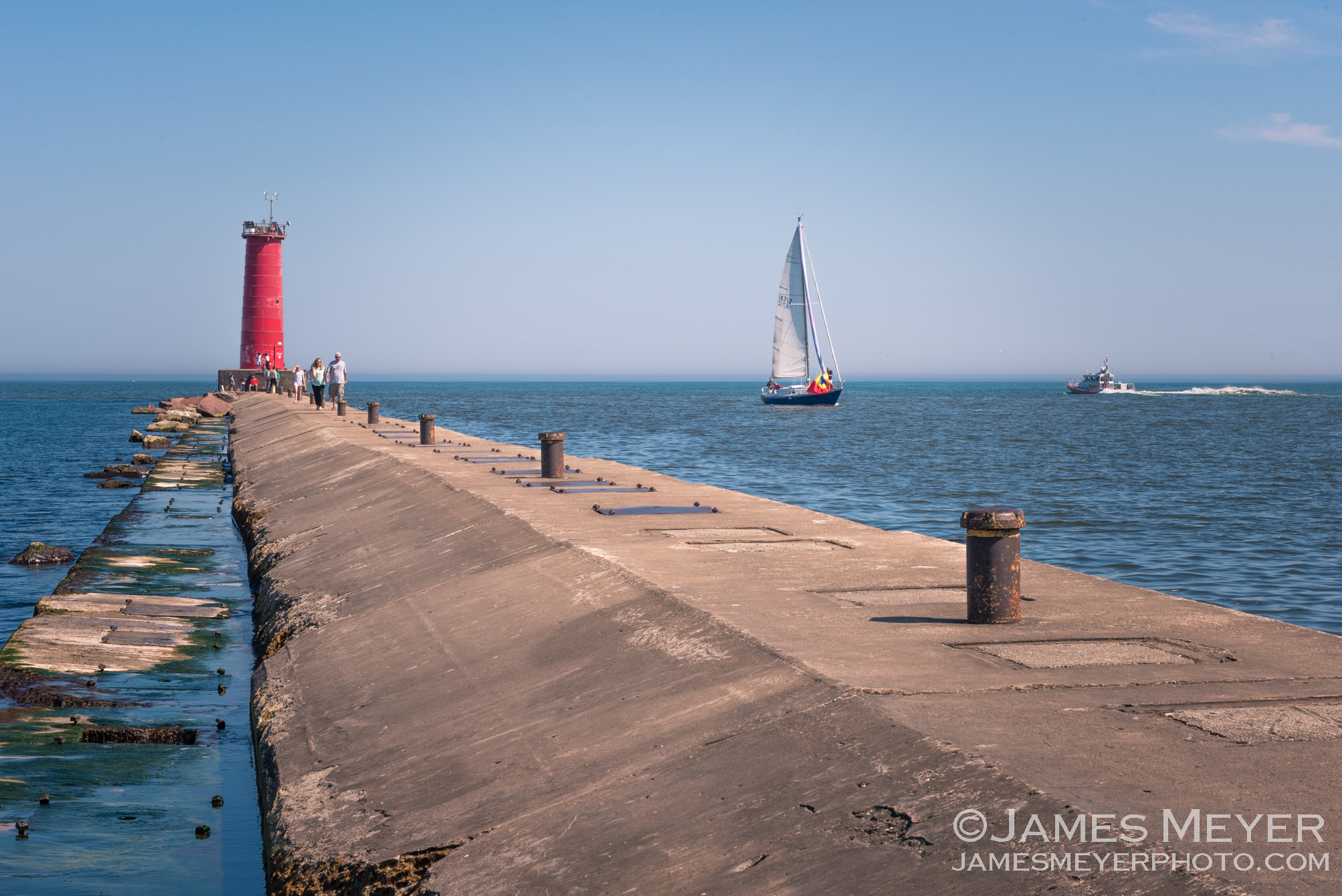 Sheboygan Wisconsin is knows as “the spirit on the lake”.

Sheboygan is a Lake Michigan coastal city located just about half-way between Milwaukee and Green Bay WI.  Each are about 60 miles away, Milwaukee to the south, Green Bay to the north.  Being a city on the Lake Michigan shoreline, of course the harbor area is a main attraction.  The Harbor Centre Marina is regarded by boaters as one of the finest full service marinas on the western shores of Lake Michigan.

Sheboygan is also knows as the “Bratwurst Capital of the World”.  On August 14, 1970, Judge John Bolgert ruled that Sheboygan, WI was the rightful owner of the title and bared others from using the title.

Several beaches dot the local coastline offering a day of fun in the sun.  Fan of sailing?  The Sheboygan Youth Sailing Club welcomes sailors of all ages.  The club provides instruction.  The U.S. Sailing Center Sheboygan is one of four US Olympic training centers in the nation. 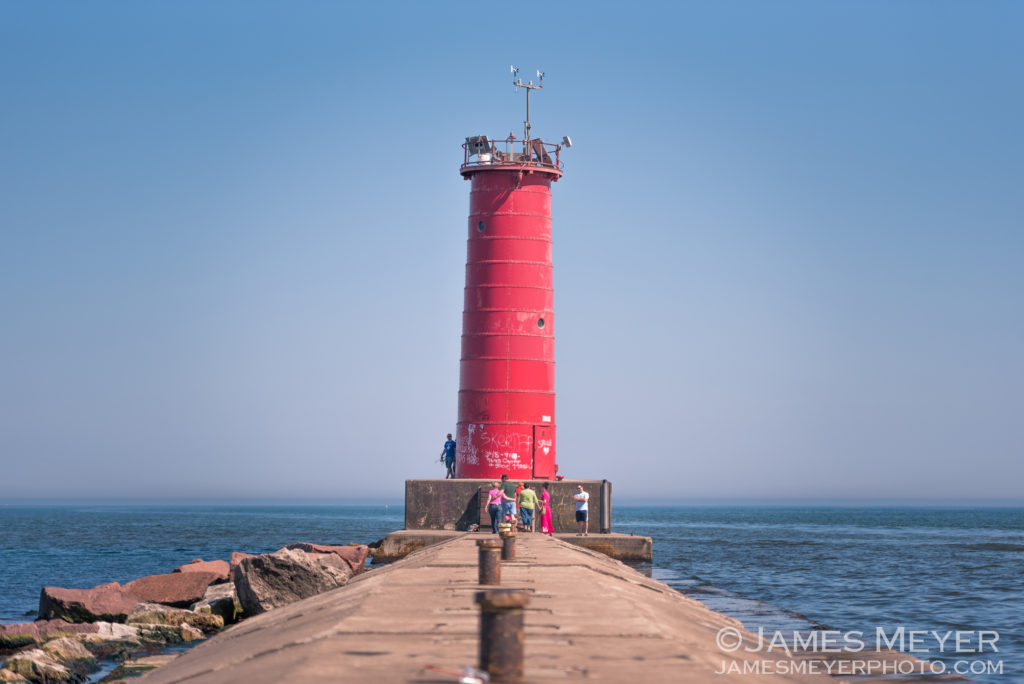 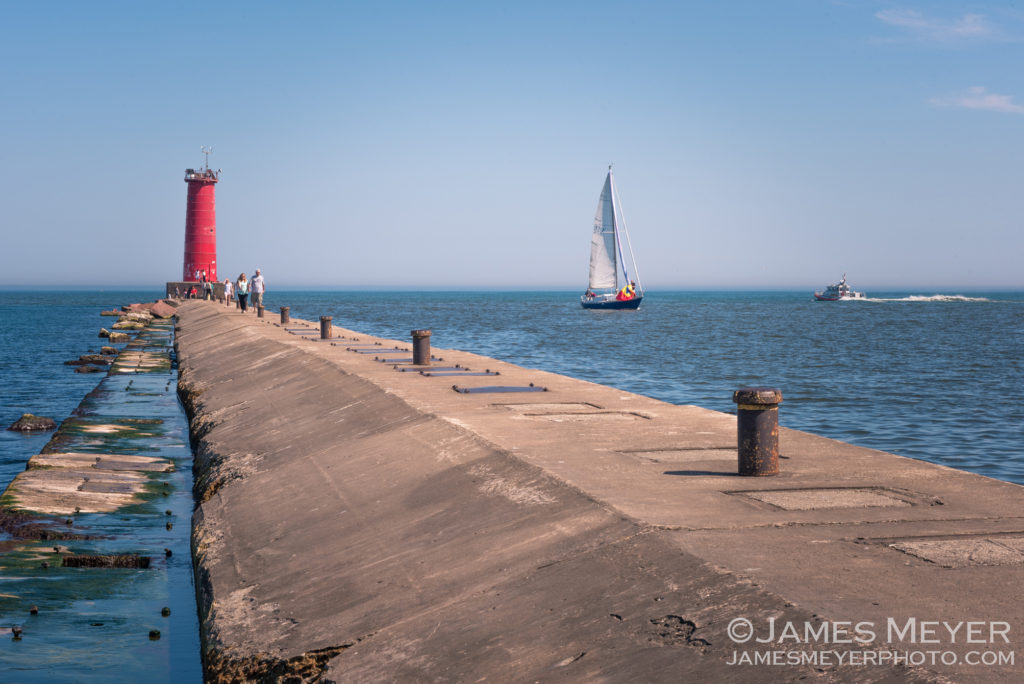 Sheboygan WI lighthouse and breakwater at the opening of the marina 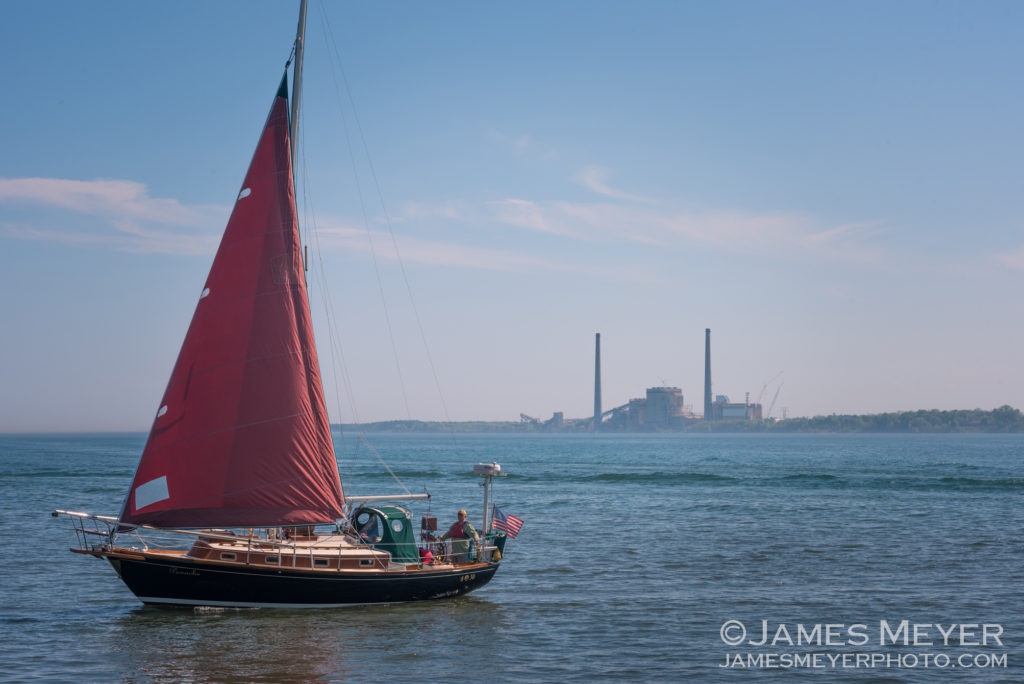 A beautiful sailboat leaves the harbor in Sheboygan, WI. The WE Engergies power plant is in the background.