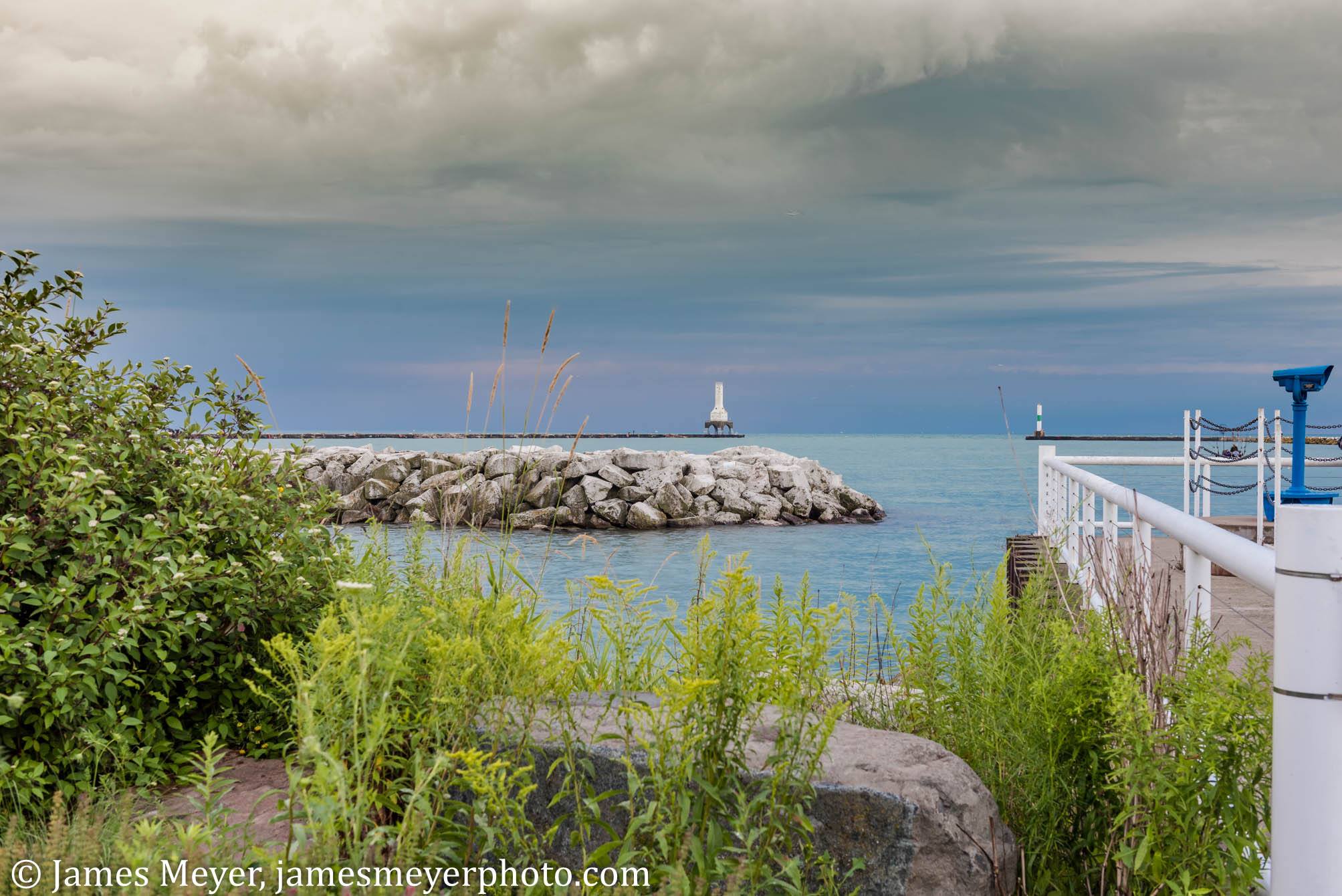 I found myself out and about very early this morning.  Late last night thunderstorms pushed through the area.  When I awoke at 3am my dog, like many dogs, was panting and pacing and showing his dislike for the thunder and lightening.  By about 4am the storms had pushed out and a slow clearing of the clouds began.  I had hoped there would be breaks in the clouds at sunrise which was at 5:20am.  Shortly after 5:00am I headed to the marina area with the idea of catching a nice sunrise.

Upon my arrival to Rotary Park I could see there were several layers of clouds.  The higher clouds were moving generally west to east.  The lower level, which may have formed because of Lake Michigan, those were moving south to north and preventing the sun from appearing.

Anyways, I took some photos and video which I’m sharing here.  Hope you enjoy.

The bells of St Mary’s fill the marina with sound in this video showing the “blue bridge”.